Last week we were contracted to remove some popcorn ceilings in an older home in West Ashley SC. While we were there our client asked about removing the paneling on the walls and replacing it with drywall. The house was built in the 1950’s and the room we were working on was part of an addition built in the early 80’s. So half of the room had been paneled over the original plaster and the other half was hung on studs.

Sometimes paneling was used to hide wall damage which wouldn’t be exposed until removing it, which could make for a nasty surprise. Looking at the options seeing how extensive the job would be to remove the paneling and install drywall I suggested another route. Keep the paneling but make it look like drywall. Doing so would save a lot of time and money. 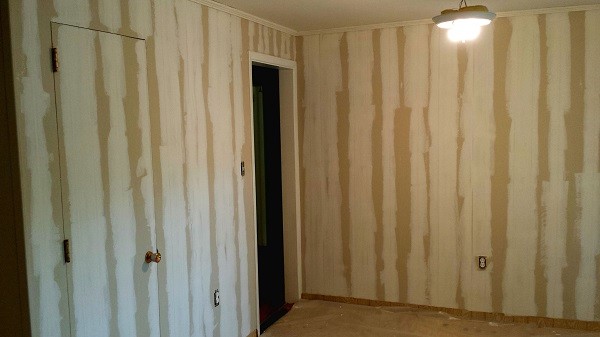 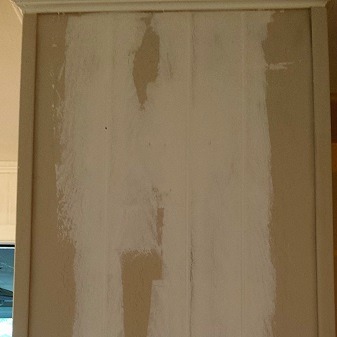 So how exactly did I plan on making it disappear?  Simple, apply joint compound over the grooves until they were flush with the rest of the wall. The grooves in the paneling required two full coats of joint compound. Afterward, I did a complete skim coat to help level the grooves some more and also fill in the remaining wood texture. Once that dried the walls only needed a quick light sanding and they were perfectly smooth.

After the first coat of joint compound, I noticed some tannin bled in the grooves so after the walls were sanded I applied a full coat of Zinsser CoverStain. On this job I wasn’t planning on using a stain blocker because it was painted previously, however, if you are going to do this on unpainted paneling plan on giving the walls a full coat of a good stain blocking primer to prevent any bleeding. 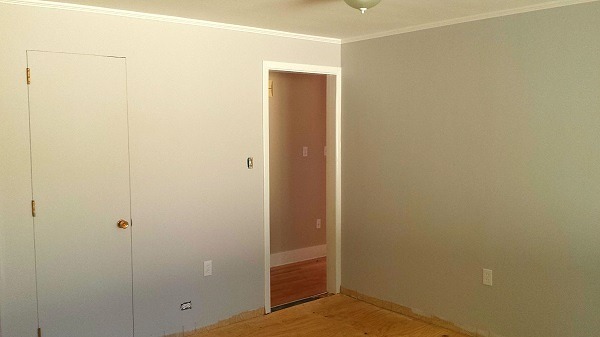 After all was said and done the walls look perfectly smooth, not a trace of the paneling was left. By choosing to fill the grooves and texture I’m willing to say I completed the job in half the amount of time and removing it and the end result was the same. Nice, even, smooth walls. 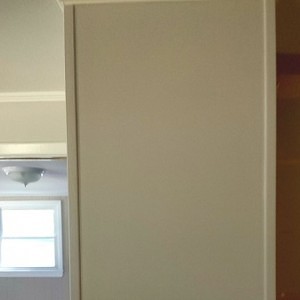 If you reside in the Charleston SC area and have old paneling you’d like to make disappear give us a call. 843-695-9450

If you are looking for a local Painting Contractor, give us a call at 843-695-9450 or complete our online request form.